Pokemon Gears Up for its 25th Anniversary Celebration

Gotta catch 'em all! The Pokemon Company is gearing up for its upcoming 25th anniversary slated in February 2021. They even gave their fans a peek at their 25th Anniversary logo at the recently held 2020 Thanksgiving Macy's Day Parade.
A giant Pickachu mascot balloon wowed the audience during the Thanksgiving parade. There was also a host of dancing Pikachus that accompanied the humongous balloon. During the street show, they revealed the logo for Pokemon's 25th Anniversary. 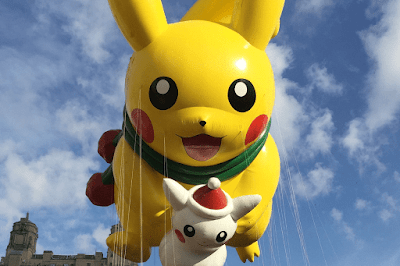 There is also another reason why fans are excited about the 25th-anniversary celebration. According to news, the Pokemon company is teaming up with the Wand Company to make a replica of the Poke Ball. The replica will cost $99.99 and is available for pre-order today!
The question now is, what should we expect from this Poke Ball replica?
According to the Wand Company, which is known for creating premium prop replicas, the die-cast Poke Ball is made for display only. As this is not a toy, they warned that throwing the Poke Ball may damage it or cause injuries. However, it is a fun display because it lights up when it senses motion, and pressing the button will cause the light to change or start a Pokemon light sequence.
The die-cast Poke Ball also comes with a special high-end presentation case (which, according to the makers, is authenticated by a "uniquely-numbered hologram") and a stainless steel ring so collectors can display their priced Poke Ball however they want to. The display box also lights up automatically when opened, giving it a magical appearance.
Ideal for collectors, this is limited-edition anniversary merchandise that fans all over the world will love!