Blood is literally and figuratively thicker than water. Family members who put up a business together may have greater edge at achieving success, as they already know one another. This is most probably the case of Tom and Joe Cassidy, the brothers who have founded the company called Cassidy Brothers in the middle of 20th century. The name has been transformed into Casdon last 2010, but the initial goals of the company lives on up to this day that they even celebrating their 70th anniversary.

70 of their widely known plush toys Henry and Hetty will be given to the same number of fans who will participate through their Facebook and Twitter channels. 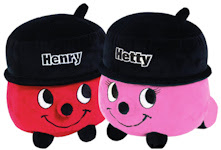 How can this add to the popularity of Casdon?


Reestablish connections with your avid customers with the help of some anniversary giveaway ideas from our blog.